Hosted by the Illinois Manufacturers’ Association and sponsored by Comcast Business, Makers Madness is a bracket-style tournament that celebrates the incredible work and diversity of the manufacturing sector in Illinois, which has long served as the backbone of our state’s economy and has helped lead our recovery from the pandemic. Illinois manufacturers produce everything from life-saving vaccines and medical treatments to boundary-breaking electric vehicles and components used for space exploration. Our manufacturers keep store shelves stocked with nutritious food and delectable snacks and create sporting equipment used everywhere from neighborhood fields to professional leagues. They make core structural products from steel, rebar, and motors to chemicals and flavorings, and even create high-tech gadgets used for national defense and energy to power our homes and businesses. 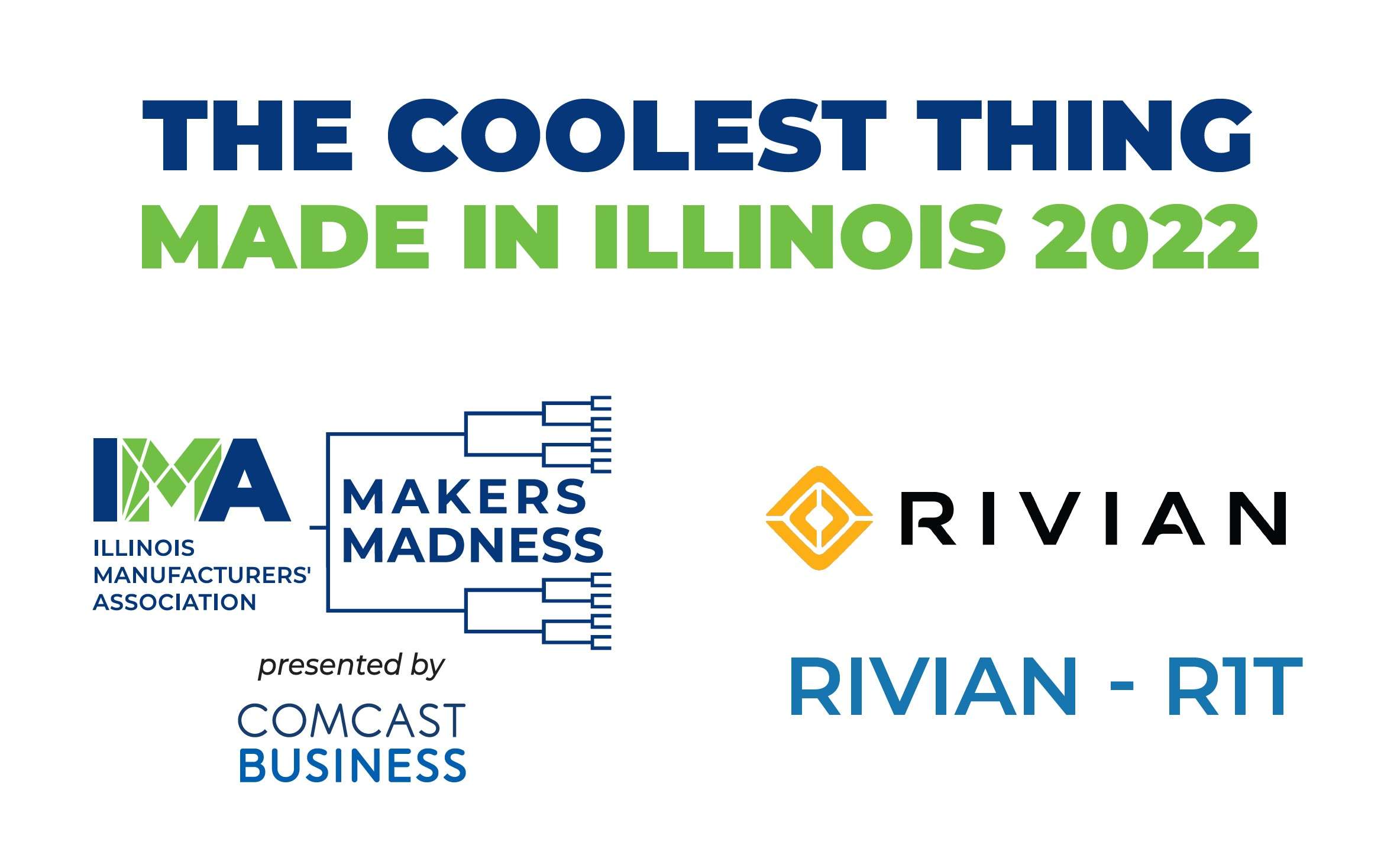 Chosen by voters from an initial field of 400 entries, Rivian’s all-electric R1T truck has emerged the winner of the third annual “Makers Madness” contest, earning the title of The Coolest Thing Made in Illinois. Selected after more than 200,000 votes were cast during the competition, the Rivian R1T was awarded the title of The Coolest Thing Made in Illinois by Gov. JB Pritzker on Wednesday, April 27, 2022, during a ceremony at the Governor’s Mansion in Springfield. Manufactured in Normal, the R1T is the first all-electric truck in production, featuring four motors, with one powering each wheel. It also boasts eight driving modes and up to 400 miles of range. The R1T combines off-road capabilities with the driving style of a sports car, with acceleration from 0-60 mph in as quick as three seconds and a towing capacity of up to 11,000 pounds.

“Rivian R1T is an outstanding example of the innovation and ingenuity of our state’s manufacturing sector and has rightfully earned the title of The Coolest Thing Made in Illinois. The R1T is leading a revolution in the automotive industry, and we are proud Illinois is home to such exciting technological advancements,” said Mark Denzler, President and CEO of the Illinois Manufacturers’ Association. “While the R1T emerged victorious this year, we are proud of every product featured in the competition, as they helped showcase the dynamic nature of our state’s manufacturing sector and the strength of the men and women who work on our factory floors.”

About the R1T by Rivian